“The arc of the moral universe is long, but it bends towards justice.” The sentiment ranks high among Martin Luther King’s many inspiring messages to struggling followers facing long odds and uncertainty in the face of seemingly intractable opposition. Not to trivialize but it could as well serve as the paradigm for good, challenging game development.

Games tap into and exploit our human experience of tasks as drivers of meaning, even when, as in the case of games, those tasks are nominally meaningless, nominally inconsequential to the “real world” in which we live. We derive a sense of accomplishment, which is not just technical but also and most importantly moral, from persistence through difficult tasks toward game goals. But more so than in real life, the fragile meaning-producing effects of arbitrary game tasks depends upon faith; faith and timely, repeated reassurance that, yes indeed, in the end, “We Shall Overcome.” Game tasks that are too hard quickly lose their charm. The game’s underlying meaninglessness emerges and we quit, with maybe a brief pout of frustration, even rage for some, but no lasting sense of shame. After all, it’s only a game, and evidently not a very good one.

END_OF_DOCUMENT_TOKEN_TO_BE_REPLACED 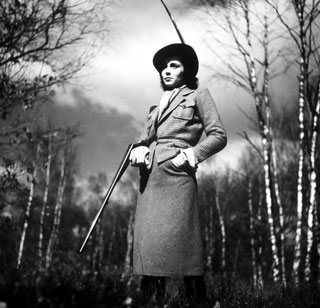 END_OF_DOCUMENT_TOKEN_TO_BE_REPLACED

When we are faced with an enemy, a person or group of people wishing to do us harm, we can view this as an opportunity to develop patience and tolerance. We need these qualities; they are useful to us. And the only occasion we have to develop them is when we are challenged by an enemy. So, from this point of view, our enemy is our guru, or teacher. Irrespective of their motivation, from our point of view, enemies are very beneficial, a blessing.— His Holiness the 14th Dalai Lama, Tenzin Gyatso, An Open Heart (2001)

Where is it written that the best that can be said of massively multi-player online games, psychologically, socially, morally, is that old saw catharsis; That, at best, MMOs offer pre-emptive release in play of emotions and ill-considered impulses fraught with danger to self and others in so-called “real life”? Better kill here, than kill there.

END_OF_DOCUMENT_TOKEN_TO_BE_REPLACED

Out in the wild, successful avoidance of unpleasantness — combat and killing — requires a level of vigilance and situation awareness considerably higher than all but the most ruthless PvP characters typically muster. For while it is always an advantage to strike the first blow, with surprise on one’s side, and to avoid picking fights one might lose, the true pacifist must not only seize control, from the start, of any encounter with superior opponents but also must diffuse potential aggression from those of inferior ability, which the violent-natured may more or less disregard, dispatching any such fools as they come.